User rating
Pros: Very durable and long-lasting. Terrific grip - the mat stays in place due to the 'stickies' attached to the underside. Awesome variety of colors and styles.
Cons: Can bleed in the wash frequently.

Perhaps the most popular mat-length yoga towel on the market is the Yogitoes Skidless Premium, which is durable and colorful. It grips the mat well and stays in place during vigorous yoga routines. The Yogitoes is also quite absorbent, which is important because this is, after all, a towel and not a mat. It needs to be able to sufficiently soak up sweat, and it does that well.

Are there any criticisms of the Yogitoes Skidless

? Just a couple. The price is higher than many other towels, but we always advise spending more to purchase an item that will last for years rather than picking up a cheap, shoddy product that will need to be replaced often. Also, the towels often bleed in the wash, which can be a minor inconvenience but not one that should cause you to avoid buying it. 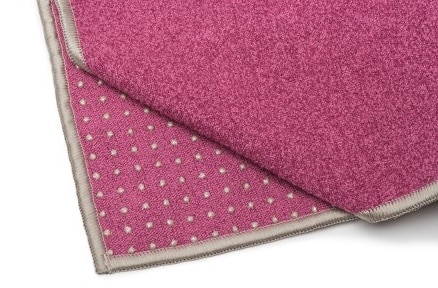 We love the Yogitoes Skidless mat towel because it’s, well, skidless. Meaning, it won’t slide around on your mat while you’re in the middle of poses. The ‘sticky’ quality is due to the non-slip nubs on the bottom of the towel that grip your mat and keep it from sliding all over the place.

There’s no point in having a mat-length yoga towel if it’s not going to stay in place during practice. Not every towel has an awesome grip, but this one certainly does.

An Endless Array of Colors 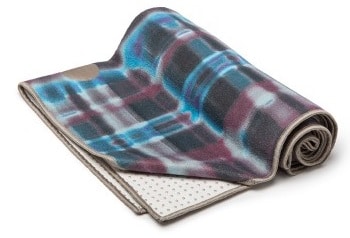 Color should not be the primary factor to consider when purchasing a yoga towel, but it’s a nice bonus that the Yogitoes skidless mat towel comes in more than three dozen colors. Who knew that many colors even existed in the world!?

Most of the current colors of Yogitoes towels can be purchased here on the Manduka website.

In summary, the Yogitoes Skidless Premium mat towel is more expensive than some other towels. But because it’s so durable and it stays in place, most folks who have used the towel say it is a great investment. Thus, it earns our highest rating of 5 stars.