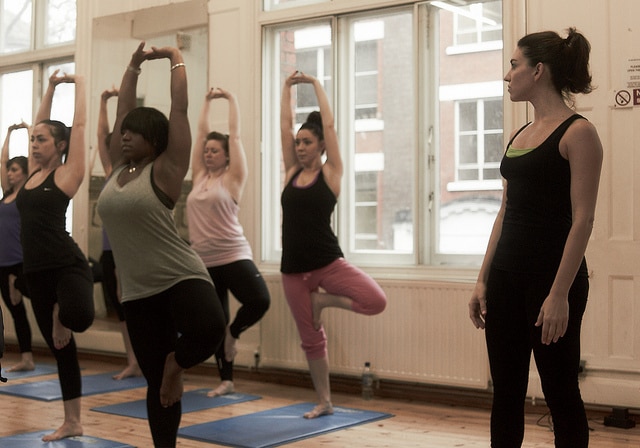 Like many folks just starting out, I was once a little scared to participate in a hot yoga class. I don’t do well in saunas or other very hot places. Breathing often becomes difficult and I worry about overheating and getting dizzy.

But I made it through that first hot yoga class and found it to be an invigorating experience. If you’re wondering just how hot a hot yoga class can be, read on for some firsthand details and tips to help you get started.

How hot is hot yoga?

Temperature of hot yoga sessions varies by studio. CorePower, a popular nationwide studio, aims for a temp of 105 degrees Fahrenheit for its Bikram sessions, which consist of a static set of 26 postures performed in a specific order. CorePower’s website explains further:

“This class systematically works the entire body, concentrating on the essence of every organ, bone, joint, muscle, ligament, tendon, blood vessel, nerve and gland. Incorporating strength, balance, and flexibility, CorePower Hot Yoga teaches students how each pose stimulates the mind and restores and shapes the body.”

Not all hot yoga classes involve a Bikram sequence. Some hot yoga power classes or instructor-created course sequences can feature temperatures as low as 90°. But generally speaking, expect a hot yoga class to be close to 100°, and expect a very high level of humidity.

As noted above, CorePower aims for 105° F in its hot yoga sessions, but in actual practice, sometimes that varies. I’ve been in classes in which the thermometer showed temps ranging between 102 and 109. I’ve also had instructors ask if everyone would be happy with raising the temperature a few degrees, which resulted in hotter rooms after everyone said yes. 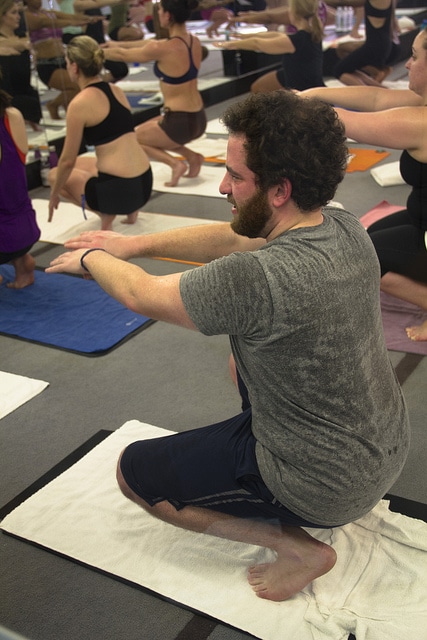 Another obvious factor affecting the temperature of a hot yoga class is body heat, determined by the number of participants. Thirty people crammed into an already hot room will make the thermometer soar, while a room with only 5 or 10 yogis will not be quite as sweltering.

READ NEXT:  The Best Yoga Wheels - Our Reviews and Recommendations

Other factors to consider include outdoor temperature. Some studios, like CorePower, have only large glass windows between the hot yoga rooms and the outside. If it’s a frigid 20 degrees outside, that will obviously affect the indoor temperature differently than if it’s 85 outside.

But don’t assume that hot yoga rooms will be cooler in the winter. In my experience, instructors often turn up the indoor temperature to compensate, so you could actually end up with a hotter class during the dead of a frigid winter.

For hot yoga, wear breathable clothes that can handle moisture. Make sure to bring a water bottle to rehydrate and a yoga towel to absorb some of the perspiration. Sweating is good for the body, so don’t go overboard with the towel, but if you’re dripping like crazy, feel free to sop up some of it.

Don’t skimp on the yoga towel. Get a good one that ranks highly in terms of absorption level, comfort, and durability. You’re going to be washing it a lot, so spend a few extra bucks to get one that will hold up over the long haul. (If you’re looking for a mat-length towel, we recommend the Yogitoes Skidless.)

Finally, bring a positive mental attitude. Hot yoga can be one of the most renewing and rejuvenating experiences as long as you go in with the right mindset of challenging yourself.