Interested in finding some yoga videos for beginners? You’ve come to the right place! For many people, the hardest part about starting yoga is just that – getting started.

Sure, you may daydream about getting a yoga studio membership or trying out some poses at home, but you won’t be able to accomplish anything until you actually take that leap and begin practicing.

One good option for starting yoga is to take a free trial at a local studio. If you’re in a big city, many studios offer free one-week trials where newcomers can check out the studio, attend classes, meet instructors, and feel out the general vibe of the facility and its patrons.

Other folks want to purchase some beginning yoga videos to practice poses and routines at home and decide if yoga is really for them. We’ve gathered together a collection of yoga videos for beginners that provide a great introduction to the practice and can help you build your strength and your confidence as you embark on this new journey.

Some of the best yoga videos for beginners

These are our top recommendations for newbie yoga videos, based on our own experience. These selections reflect our own opinions, as we think back to what it was like to be just starting out.

Body Wisdom’s Yoga for Beginners is practically an institution at this point. The vid is more than eight years old, but it remains one of the best-selling yoga videos on Amazon because it’s just so good. Instructor Barbara Benagh – who also appears in “Power Yoga For Every Body,” one of our recommended Power Yoga Videos – teaches several different yoga poses and sequences, allowing newcomers to pick and choose routines they want to focus on.

There are shorter workout and longer workouts, all targeted to the eager beginner. The only real criticism of the DVD is that it can move a little fast, but as long as you’re a motivated beginner, you’ll do great with this one. 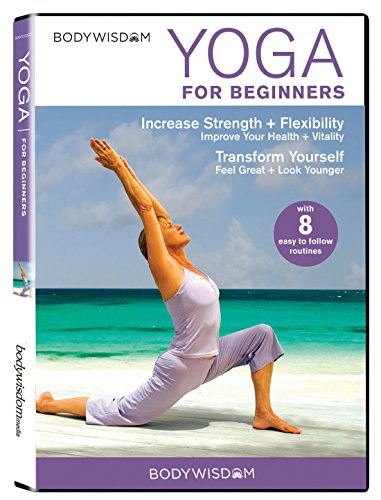 One of the most affordable yet still high-quality yoga videos for beginners is Beginning Yoga With Chrissy Carter. Released in 2012 by the trusted team at Gaiam, the film is acclaimed because of Carter’s clear, specific instructions that are perfect for any yogis just starting out.

Chrissy works out poolside in a picturesque setting as she guides you through three separate sequences, titled Connect, Energize, and Strengthen. The emphasis is on breathing and form, with the goal of increasing strength and flexibility. If there was a “Yoga for Beginners 101” instructional class, this video would be a great textbook. 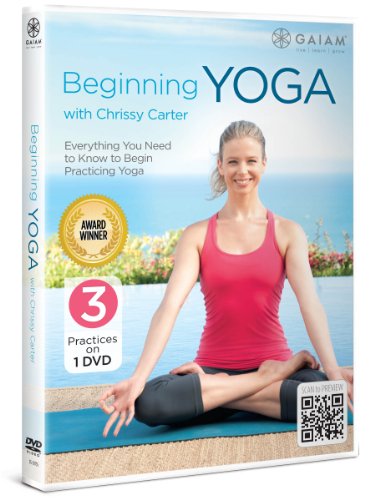 Sometimes, it can take something familiar to help a person move into a new activity. Those who are on the fence about trying yoga might be persuaded by seeing the familiar The Biggest Loser brand. This DVD was specifically created for those who don’t have perfect bodies – in fact, the individuals in the video all have average-looking torsos, which can help viewers not feel intimidated while they watch and learn.

As for the routines, this isn’t a traditional yoga video, but it does cover all the usual stretches, lunges, and poses. The video serves as a good introduction to yoga for newbies, but be warned: This is a very strenuous workout that will get your heart rate up. Be ready for a serious challenge if you decide to check out The Biggest Loser’s take on yoga. 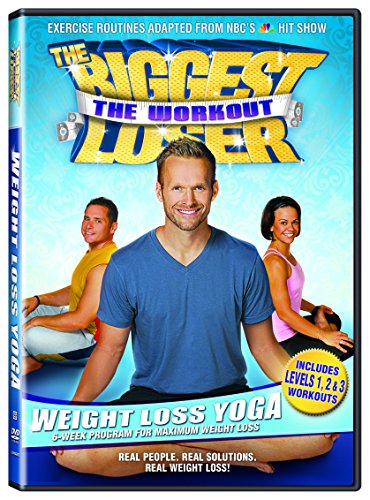 4. Earth Foundation with Tara Lee: Beginners and Beyond

Tara Lee is British, so her soothing accent can help you feel more or less relaxed, depending on your perspective. For the Earth Foundation DVD, she practices in a serene park next to a pond. The disc is 95 minutes long, consisting of three 20-minute sequences, plus bonus mini-features that deal with balance, relaxation, breathing, and working out your core.

While the physical elements of yoga are explored, this video is also very concerned with the spiritual aspects of yoga. In the DVD trailer, Lee explains, “We will be strengthening and stabilizing, focusing on our connection to the earth… This is for those moments when you feel you need to become more grounded.” 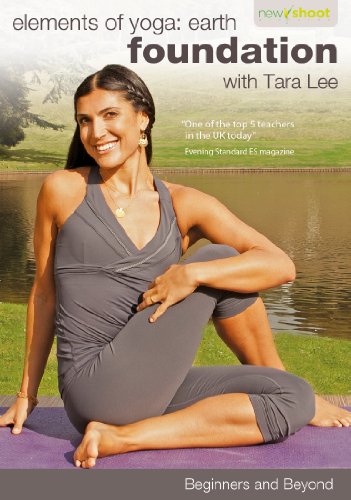 The routines focus on making adjustments for inflexible people, which means that the routines aren’t too advanced for the average beginner. There are nearly 60 total routines across the set. Some of the modified routines can even be performed while seated in a chair or while lying down. 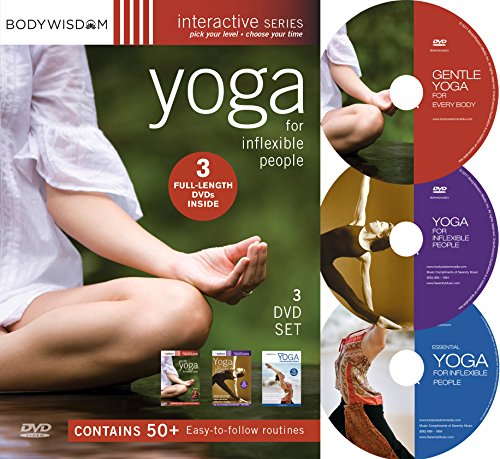 For more beginner tips, see our list of dos and don’ts for yoga practice, and check out our guide to the best yoga starter sets on the market.  There are also many great Yoga videos on Netflix and Prime.

Welcome to Yogauthority, the place to find reviews of the best yoga mats and yoga equipment. No matter what style of yoga you practice, we have all the major brands covered to help you to choose the best mats, towels, and yoga gear for your style and budget. ABOUT US / Privacy