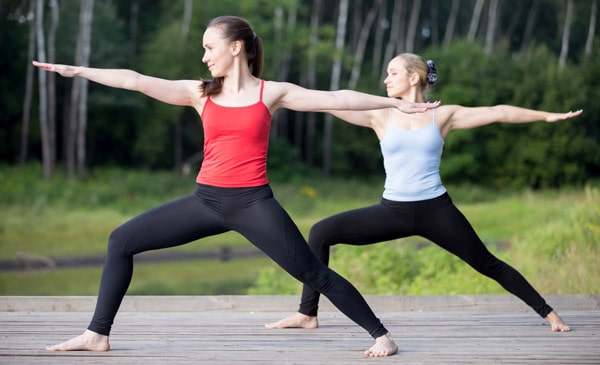 Who doesn’t want to burn a few pounds of fat while practicing yoga poses? “Power yoga” is a term used to describe intense vinyasa and ashtanga poses that typically build strength and work up a sweat.

The best power yoga videos are the ones that provide a challenging workout, hit a lot of different muscle groups, and can be modified for beginners and experts alike. Read on for our recommendations!

Power yoga is a vigorous variety of yoga that emphasizes energy, strength, and intense vinyasa postures. It’s the closest thing you can get to aerobic exercise in a yoga setting. You will build up a sweat. Be sure to have a yoga towel handy!

Having a video can be a better solution than going to the yoga studio every week. Especially if you lead a busy lifestyle, or you can’t afford to pay monthly studio fees. Once you snag a power yoga dvd, you can repeat the same routines without having to shell out for a monthly membership!

You can find power yoga videos in many different places. This post focuses on videos that are commercially available as DVDs on Amazon. Take a look at our suggestions!

Choosing the Best Power Yoga Videos and DVDs for You

One of the newest arrivals on the power yoga DVD market is this Power Yoga video from Yoga Strong. This one promises “total body transformation” and offers a complete conditioning program that targets both the upper and lower body.

The video includes three separate workouts between 20-40 minutes each. They aim to provide users with weight loss, mobility, lean muscles, and renewed energy. This isn’t traditional yoga instruction – it’s a more aggressive routine designed for athletes and those who are really serious about getting into better shape. This is more of an intermediate or advanced yoga dvd rather than one for beginners.

One of the most well-known and popular power yoga series is Rodney Yee’s Power Yoga Collection. As the name implies, this is actually a three-video package consisting of “Yoga Burn,” “Power Yoga,” and “Yoga Conditioning for Athletes.” Essentially, it’s like purchasing a power yoga video and getting two other vids as a bonus.

Rodney Yee is a prominent yoga instructor who has appeared in more than 30 instructional videos over the years. The routines are ideal for beginner to intermediate yoga practitioners, as sequences are often repeated in an effort to achieve mastery. The Power Yoga Collection is presented by Gaiam, a huge name in the yoga mat and yoga block arenas.

Power Yoga For Every Body

This one’s more than a decade old, but it stands up as a solid workout, and it continues to earn good sales and good reviews. Power Yoga For Every Body contains a whopping six hours of content. The video is split into 20 separate routines so you can decide which one to tackle at any given time. 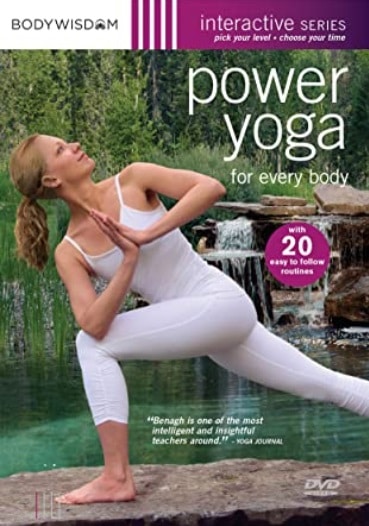 There are separate morning and evening routines. They include one for increased flexibility, one for relaxation, one for stress relief (don’t we all need that!), and one to build strength and balance. Barbara Benagh and Jason Gordon lead these “Slow Flow” vinyasa yoga routines. The DVD is thorough and comprehensive and works for all skill levels.

Jillian Michaels is more of a personal athletic trainer than a trained yogi, so beware that her Yoga Meltdown version of yoga is unlike anything you’d find in a typical yoga studio. She does not teach customary yoga styles, which means that traditionalists do not favor her approach.

RELATED READING: The Best Yoga Videos for Newbies and Beginners

That said, few people have as much experience creating calorie-burning workouts as Jillian. She’s put together some of the most intense exercise programs around, and Yoga Meltdown is another one. Unlike some of the popular power yoga videos that were released a decade or more ago, Yoga Meltdown was released a few years back, so it’s reasonably current.

If you’re seeking a traditional ashtanga yoga workout, skip this one. But if you want a powerful, sweat-inducing exercise, check it out.

Jeanette Jenkins, the Hollywood Trainer, released Power Yoga earlier this decade. Since then, it’s become known as one of the more intense, challenging power yoga routines around. The 84-minute routine is very intense. Jenkins holds poses for quite awhile and includes sequences of 50 bicycle crunches in one chapter. 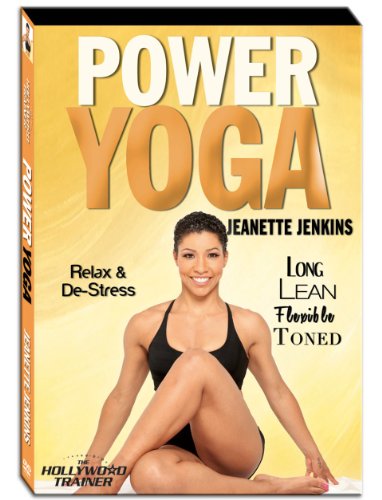 Note that this is actually an audio CD rather than a DVD. So you’ll have verbal instruction, but no video. The chapters include Warmup, Vinyasa Flows, Power Flows, Floor Work, and Final Relaxation. The Hollywood Trainer does offer modifications for beginners and advanced yogis, so everyone can benefit from the disc.

As of this writing, Power Yoga is a bit more expensive than some of the other videos, but this routine is nearly as intense as the infamous P90X yoga workout, so if you’re seeking a hardcore power yoga workout, consider this one.

If you’re a busy individual who doesn’t have time for a 2- or 3-hour daily yoga workout, The Firm’s Power Yoga video may be for you. It’s concise and packs a lot of punch into its 35-minute running time.

Instructor Kristen Strohecker leads participants through a full-body, low-impact workout with an emphasis on stretching and getting deep into the poses. Advanced yogis say this video isn’t super-challenging, so if you’re an expert, consider one of the other vids instead. This one is best for those who are new to yoga or want to really work on strength and flexibility.

Any of these videos would be great for yoga newbies or experienced practitioners who want to make this style of power yoga a part of their life into 2020 and beyond. 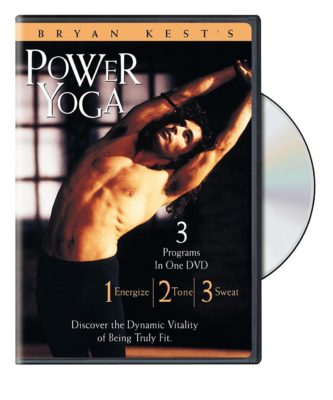 Important note upfront: The Bryan Kest Power Yoga Collection video was released more than 15 years ago. Normally, we wouldn’t include such a dated video on a best yoga video list like this. But the truth is that this one continues to receive great ratings and reviews, even in 2020.

After all, not much has really changed when it comes to power yoga. The stretches and workouts are still the same, and so are the health benefits. The instructor has a calm reassurance that guides viewers through three separate programs designed to energize and tone the body. This one is also best for intermediate practitioners, though motivated beginners could benefit from it as well.

Do you have a favorite power yoga dvd?

Welcome to Yogauthority, the place to find reviews of the best yoga mats and yoga equipment. No matter what style of yoga you practice, we have all the major brands covered to help you to choose the best mats, towels, and yoga gear for your style and budget. ABOUT US / Privacy